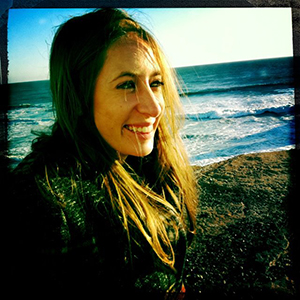 Laura Morton is a freelance documentary photographer based in San Francisco. She has been featured in National Geographic Magazine, German GEO, the international editions of Marie Claire, Newsweek Japan, The British Journal of Photography, 6 Mois, IO Donna, The Wall Street Journal, The New York Times and various other publications.

Born in 1984 in Maryland, Laura grew up in the suburbs of Washington, D.C. and attended the University of North Carolina at Chapel Hill where she graduated in 2006 with a degree in Political Science and Journalism.

In 2018, she was awarded the Canon Female Photojournalist Award to produce her latest project "University Avenue," which explores income inequality in Silicion Valley. The project was exhibited at the 2019 edition of Visa Pour l'Image in Perpignan, France.

Her project "Wild West Tech," which documents the technology industry culture in San Francisco and Silicon Valley was supported by a 2014 grant from the Magnum Foundation Emergency Fund. In 2016, the project was awarded a Project Launch Juror’s Choice Award from Center Santa Fe, an honorable mention for the Freelens Award at the Lumix Festival for Young Photojournalism and was a winner of the Magenta Flash Forward Emerging Photographers exchange. It has been exhibited at the Lumix Festival in Hannover, Germany, at Catchlight’s “Status Update” show in San Francisco, California, at Fotofestival Naarden in Naarden, Netherlands and was screened at Visa Pour L’Image in Perpignan, France and Look3 Festival of the Photograph in Charlottesville, Virginia.

Her series "The Social Stage" on San Francisco’s culture of high society was awarded in the 2012 PDN Photo Annual and was a winner of the 2013 Hearst 8X10 Photography Biennial and 2013 Magenta Flash Forward. It was exhibted in 2018 at the Umbria World Fest in Foligno, Italy.

Laura is available for photography assignments in the San Francisco area and around the world. Laura can be reached by phone at 919-360-0491 and on email at laurakmorton@gmail.com